The bad, the good and slightly interesting

More insects to day - but no buzzy, stingy things.

First, the bad...our roses are suffering - but these are all God's creatures... 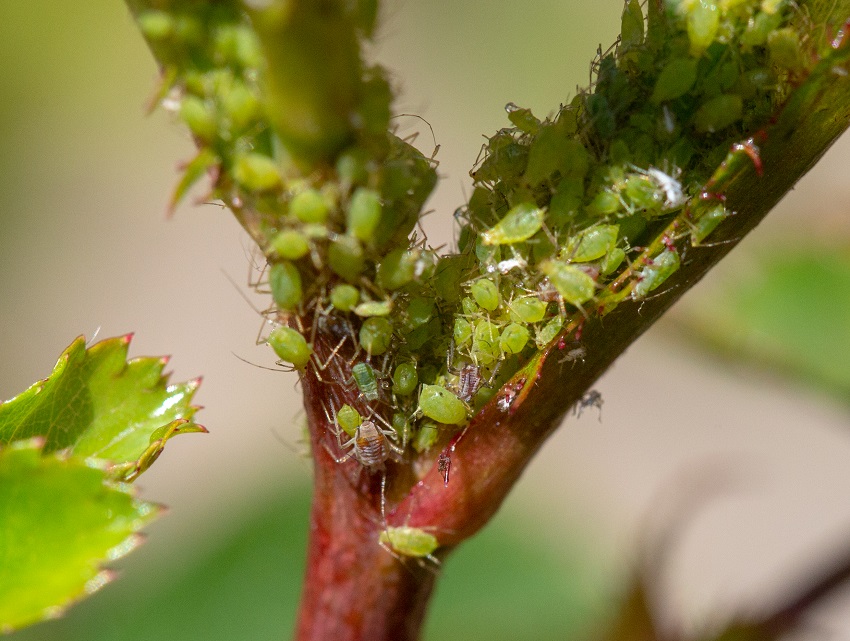 I'm trying to convince myself that we have to 'live and let live' because the greenfly are a good feed for these... 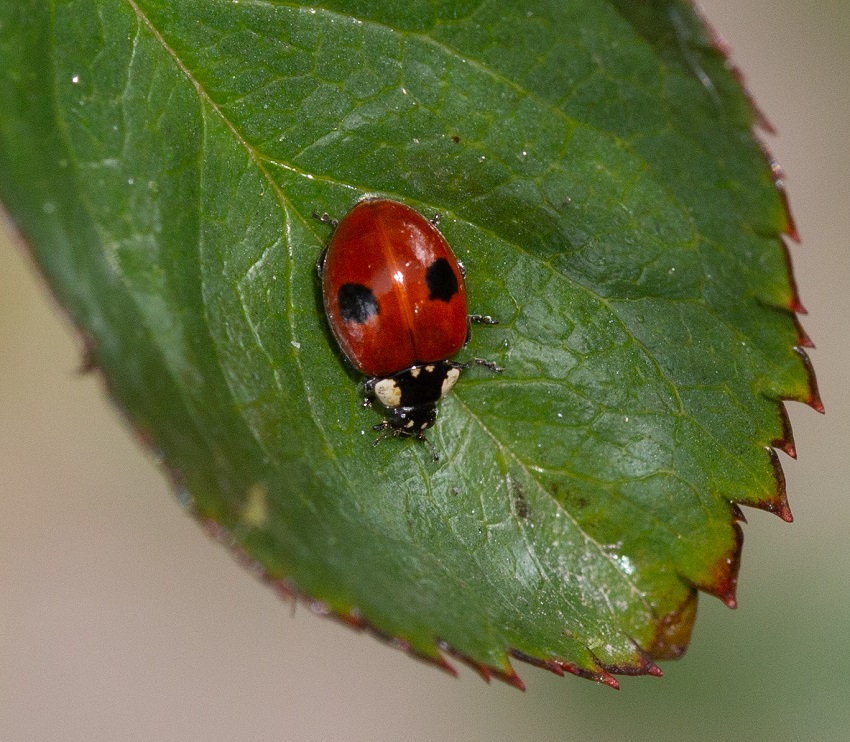 I have had a quick visit to www.cloleoptera.org.uk to ascertain that this is called (not surprisingly) the Two Spot Ladybird (Adalia bipunctata - and I even get the Latin!)

I have heard of Harlequin Ladybirds and thought of them as being black with red spots.  But not always so apparently.  They can come in many guises.  I believe this is one: 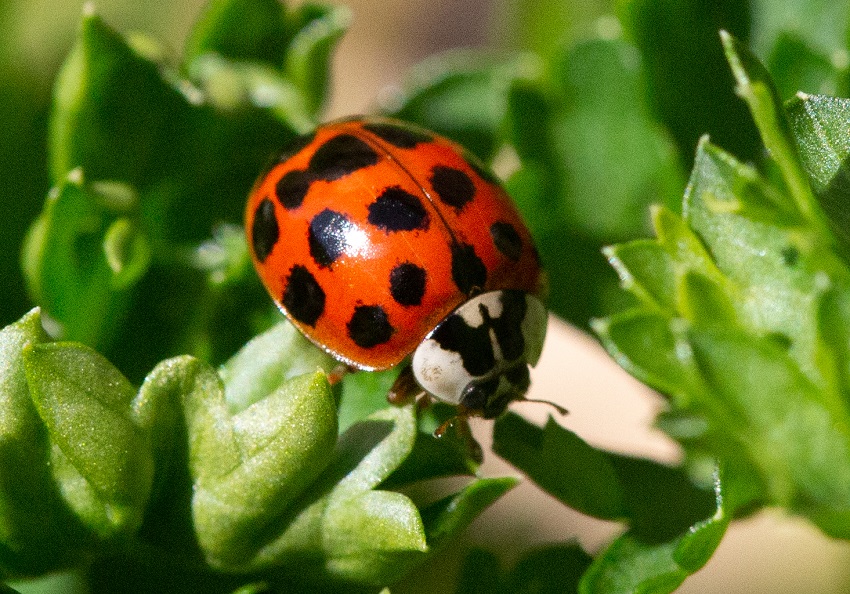 And, indeed, I think it is Harmonia axyridis succinea - the name just trips off the tongue.

The harlequin ladybird, native to Asia, was introduced to North America in 1916 but became established much later in 1988. It is now a common and widespread ladybird species on that continent. It has also invaded much of Europe and South America and parts of Africa. It was first found here in 2004. The link between its arrrival and the decline in native species is still being investigated. (Something spreading all over the world from Asia?...hhmmm...)

Staying on the good, we have had very few butterflies yet in the garden but I have managed photographs of two. 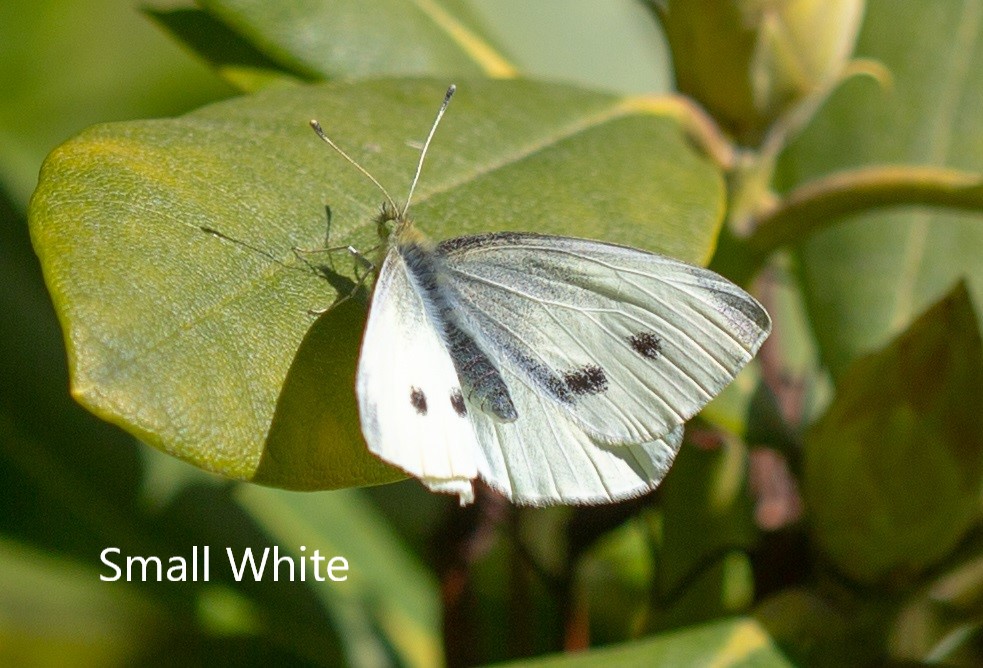 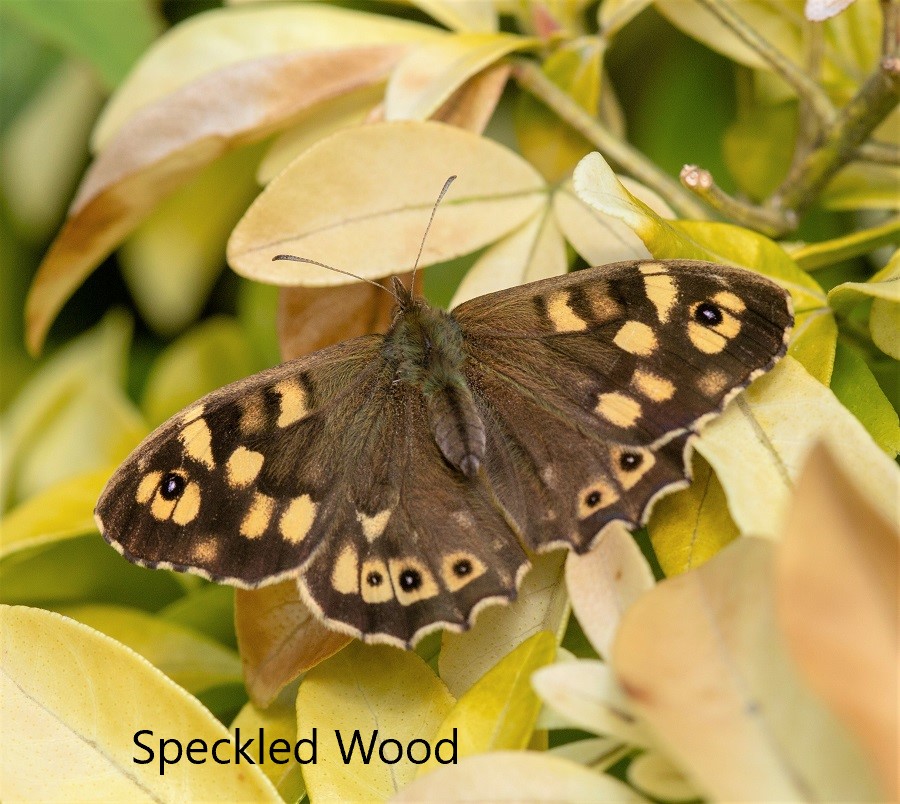 And because my friend Chris Newman might be reading this, here is something 'sightly interesting' - a Zebra Jumping Spider (on Julia's trouser leg). 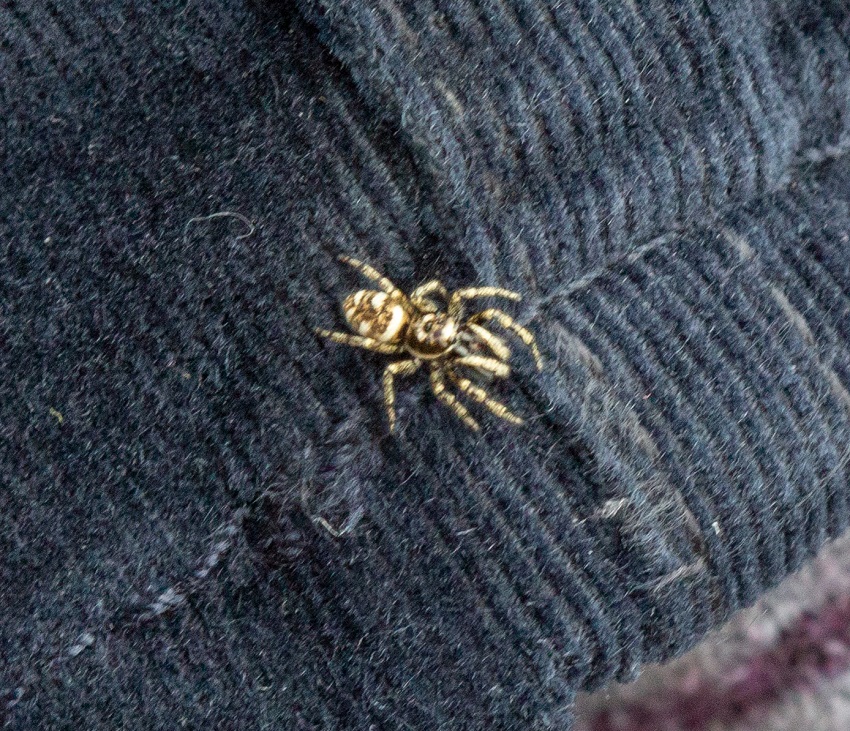 See you next week - and I have no idea what I will be writing about!