As Manuel said in Fawlty Towers, "I learned it from a book"...

Queen bumblebees that are emerging this spring were mated last year and then hibernated. All other bees - males, old queens (!), workers - will die before winter comes. The first bumblebees to emerge in the UK are usually Buff-tailed Bumblebee, Tree Bumblebee and, not surprisingly, Early Bumblebee.

Having found a place to nest she creates her first brood cell - about the same size as her body. She collects pollen and nectar and puts the pollen into the brood cell. This will be the food for her first offspring. She also fills a honey pot with nectar brought back in her honey stomach. Once the brood cell is full of pollen she will lay her first eggs.

Several eggs are laid onto the top of the pollen in the brood cell. She then seals them in with their food, with wax.  The bees will go through the normal insect life cycle - egg, larva, pupa, adult.

The queen is able to control the sex of each egg she lays (how? that's a whole other chapter!) and the early eggs will all be female workers as they will forage for food once they reach the adult stage.  Males will be produced later in the summer.

We've certainly seen several worker bees in the garden. This is an Early Bumblebee (Bombus pratotum): 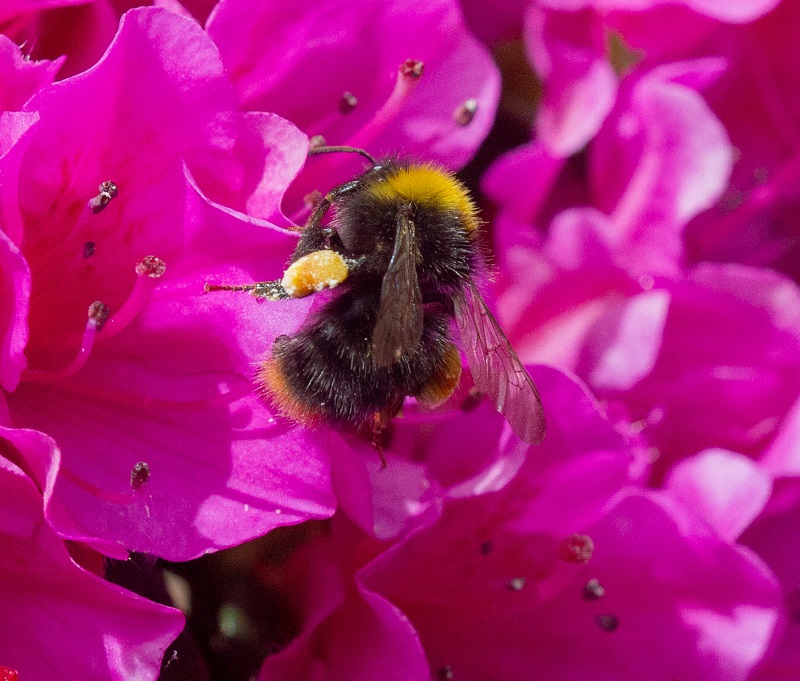 You can clearly see that she has been busy collecting pollen. 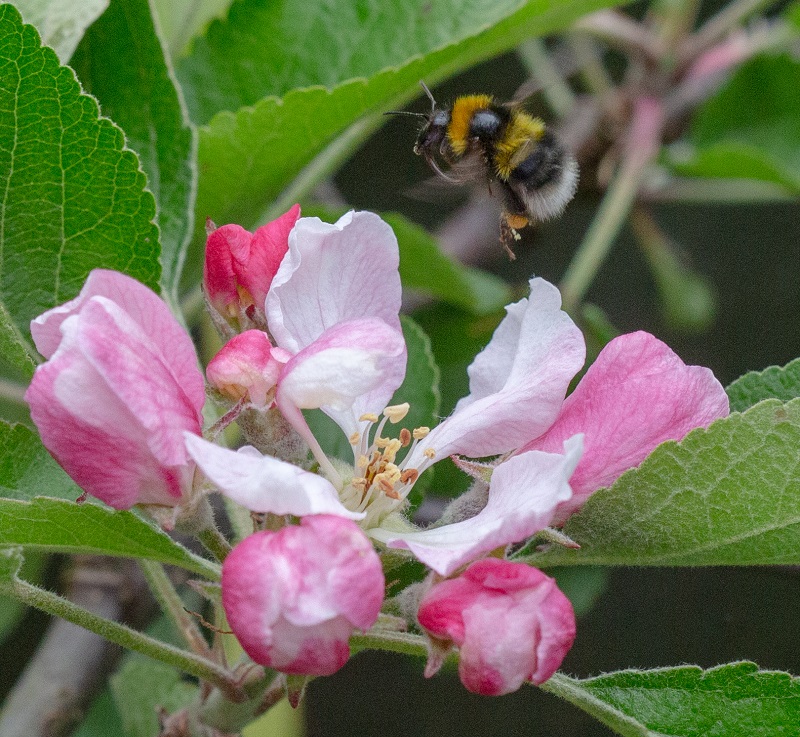 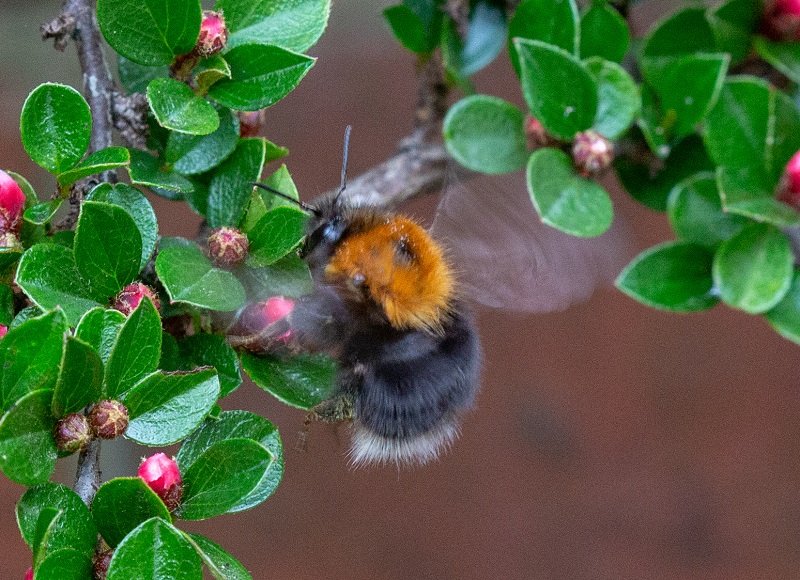 I'm, slowly, starting to recognise the difference between the species...

The cotoneaster horizontalis has also been very popular with Honey bees (Apis melllifera): 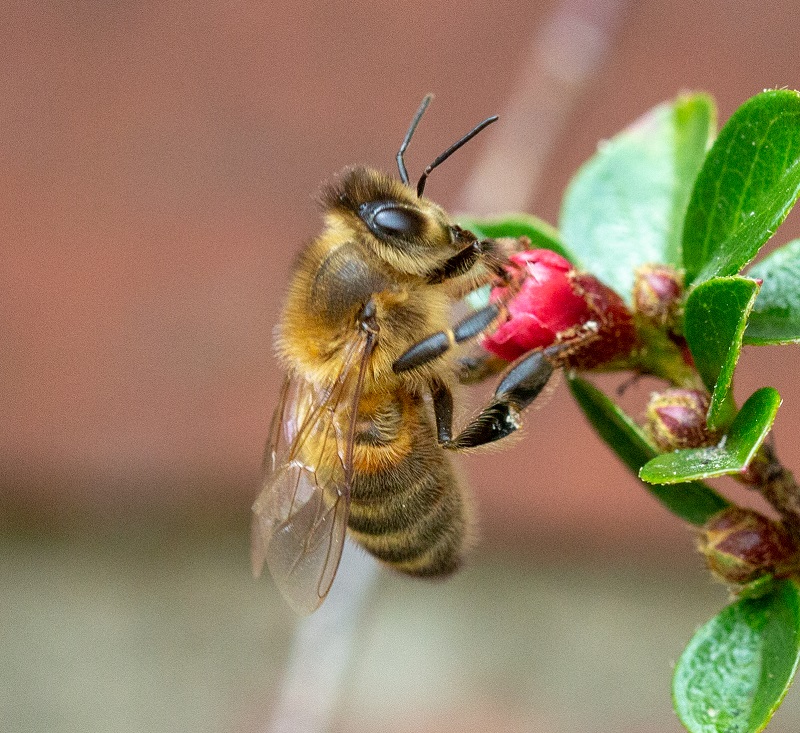 And the fact that our garden is a sea of mud seems to attract mining bees - here is a Chocolate Mining Bee - named after its colour, not its taste.. 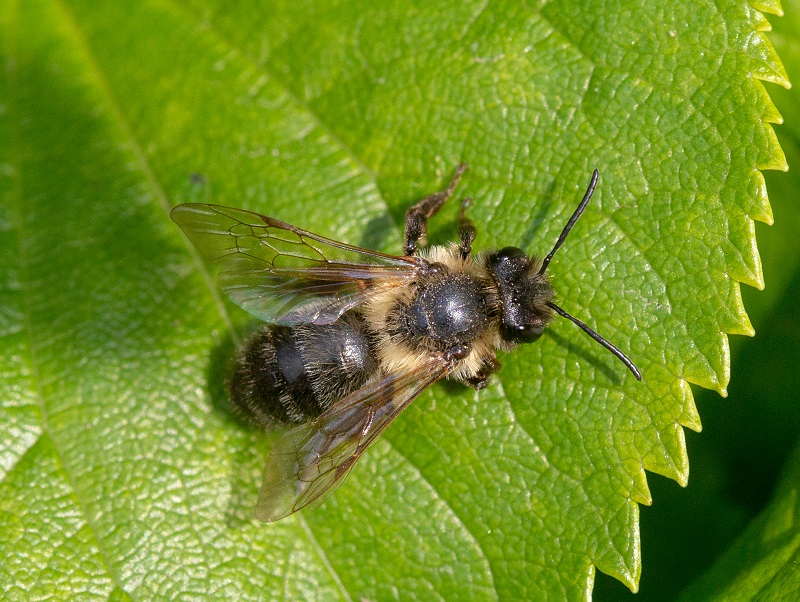 Tuesday's plan is to carry on with bugs and beasties - but, you never know, I may change my mind...